Cute As A Button Frame 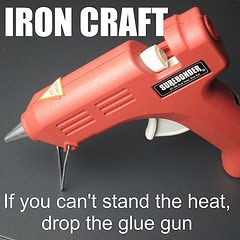 Since I missed last week's Iron Craft, I was determined to do this week's. Challenge #29 is called Button Up and is all about it - you guessed it - buttons! I delved into my button stash and came up with a Cute As A Button Frame.

I started out by painting my frame, giving the edges and insides three coats. The front will be mostly covered, so I just gave that one quick coat. I let the paint dry and then hot glued the embellishment to the corner.


Starting at the embellishment, I glued on the buttons more or less randomly. I kept the ones at the bottom edge even.


I then filled in the gaps by layering more buttons on top.


I then added some acrylic paint. With a damp sponge brush, I gave the buttons a quick coat, making sure to get in all of the crevices.


I let the paint sit for a moment before lightly blotting it with a paper towel. This removes some of the paint to allow the colors of the buttons to show through.


From beginning to end, including drying times and taking photos, this project took about an hour total.


That photo is of Zara at a couple of weeks old. It's so hard to believe she was ever that tiny.

Email ThisBlogThis!Share to TwitterShare to FacebookShare to Pinterest
Labels: craft

Thanks for stopping by. I'd love to hear from you.